Providing Natural Healthcare solutions by ensuring overall Wellness of the Patients along with treating diseases.
Blog
TRADITIONALLY IMPORTANT HERB- PUNERNAVA (BOERHAVIA DIFFUSA)
The plant B. diffusa (Family: Nyctaginaceae) is mentioned in the Atharveda with the name “Punernava”, as the aerial part of the plant dries up during the summer season and regenerate again during the rainy season. It is commonly identified as Raktapunarnava, Shothaghni, Kathillaka, Kshudra, Varshabhu, Raktapushpa, Varshaketu, and Shilatika in Ayurveda, the plant is considered to be light (Laghu), dry (Ruksha) and hot potency (Ushna veerya) and is also known to alleviate all three doshas. Distribution: B. diffusa is widely diffused, occurring throughout India, and southern United States. Description:  A spreading, prostrate herb, stem reddis. Leaves ovate, obtuse, and undulate along margins. Flowers pink. Collection: During rainy seasons. Part use: Whole plant; Root

Medicinal Importance The whole plant (leaves, stems and roots), specific part have long history of use by indigenous and tribes as medicine to cure kidney diseases and documented in Indian Pharmacopoeia as diuretic. B. diffusa is an important herbal constituent of various ayurvedic formulations. 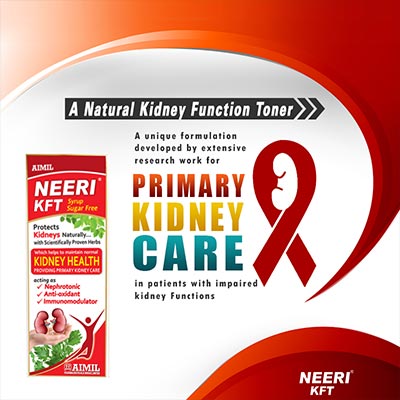 It has been used in various formulations meant for various inflammatory conditions, jaundice, asthma, rheumatism, kidney disorders, ascites, anemia, and gynecological disorders. Diuretics are the first line of therapy in ascites because all of these diseases involve abnormalities in fluid dynamics in the body; however hepatoprotective activity of B. diffusa would be an added benefit in treating various associated diseases. B. diffusa contains various categories of phyto-constituents, for example, flavonoid glycosides, isoflavonoids (rotenoids), phyto-steroids (ecdysteroid), alkaloids, and phenolic and lignin glycosides. The plant is rich in alkaloids which are the main medicinally active component and it can very efficiently decrease the albumin and urea levels in the body. The first pharmacological studies have demonstrated that the roots of B. diffusa exhibits anti-inflammatory properties over kidneys. Punarnava is regarded therapeutically highly efficacious in the form of a powder or an aqueous decoction, for the treatment of renal inflammatory disease and clinical problems such as nephritic syndrome and comparable to corticosteroids. Recent report of B. diffusa also showed improvement in most outcome variables like Hb, potassium, phosphorus by day 30 and urinary protein by day 90, and a greater increase in serum potassium in CRF over experimental subjects. The use of B. diffusa could also be beneficial in congestive heart failure by means of decreasing cardiac load and ACE inhibitor activity. Punarnava is found to enhance the bioavailability of structurally and therapeutically diverse drugs, possibly by modulating membrane dynamics with cytoskeletal function, resulting in an increase in the small intestine absorptive surface, thus assisting efficient permeation through the epithelial barrier so it imparts bioavailability enhancing effect to the Punarnava Swaras.