Providing Natural Healthcare solutions by ensuring overall Wellness of the Patients along with treating diseases.
Blog
Slash the risk of health emergency with Nature’s Best

Western allopathic medicine emphasizes the use of antibiotics and other medicines and approaches to defend against “germs” or microbes believed to be the primary cause of many health conditions and diseases.

Antibiotics typically retard bacterial proliferation by entering the microbes and interfering with the production of components needed to form new bacterial cells. However, the use (and misuse) of antimicrobial agents encourages the evolution of bacteria toward resistance. Reversing and curbing the resistance problem lies in restoring the original microbial balance between susceptible and resistant bacteria. 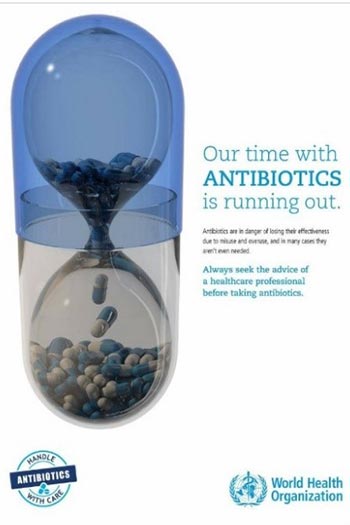 World Health Organisation has termed growing resistance to available antibiotics a public health emergency. Prescription of high-end antibiotics for milder illnesses orwhere it's not required, such as viral illnesses, and over-the-counter purchase of drugs are major reasons for the emergence of drug-resistant bacteria.

Should we be the part of killing race?

Ayurveda has tremendous successful options available which are stated and formed years & years ago. Here, we are sharing one of the best combination trusted by medical fraternity for the good health of urinary system saving from undue exposure to dense antibiotics seemed to be a part of mandate line of treatment.

In the womb of Ayurveda still there are numerous combinations needs to be rediscovered / answered by modern sciences for the valuable benefits of human kind.

Ayurveda the science of life, often called “Mother of all healing” recognizes the microbial approach to some degree.  According to the Ayurvedic approach, anyone who has developed an imbalance in their bodily elements, or “doshas,” and has thereby weakened their immune system, may be subject to a microbial infection which is considered a symptom of that imbalance. Ayurveda recognizes as useful anything that will save the patient in an emergency, including antibiotics, but takes exception to the “magic bullet” approach of preventing and treating microbial infections strictly with antibiotics.

“Neeri”- safe and kidney friendly approach in widely spread Urinary tract infections, reflects the holistic approach. Neeri from the resource of nature is there to serve you with polyherbominerals combination .Based on traditional use, herbs are selected and combined for their ability to provide cidal activity by virtue of Berberine from Berberis arristata (Daruharidra)- crowned as natural antibiotic not only kills bacterial strains but even can inhibits adhesion of uropathogenic E.coli to erythrocytes & epithelial cells. It increasingly blocks adhesion of E.coli organisms. Berberine specifically blocks the synthesis and assembly of P-pilus (PAP) fimbriae on the surface of E.coli cells. The ability of berberine to specifically inhibit E.coli Pap fimbriae expression justifies its effectiveness in the prevention and treatment of UTI and in recurrent cases. Thus, Neeri a natural approach to urinary tract infection providing safe, effective and long lasting benefits with prompt relief from burning micturition. 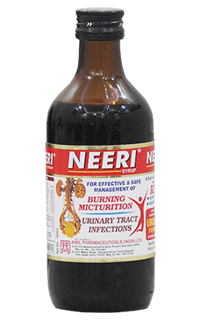