Swaran Makshik, in ore form, occurs mainly in metamorphic rocks of pre-cambrian age. Occurrence of 100% pure Swaran Makshik in abundance is not common because it is always associated with host rock in the form of disseminations, streaks, stringers, patches, veins or lodes as fracture and cleavage fillings. Swaran Makshik generally occurs in association with pyrrhotite, pyrite, sphalerite and galena minerals. Gold, Silver, Arsenic, Nickel and Cobalt in trace amounts, are always present in Swaran Makshik. In India, large deposits of Swaran Makshik occur mainly in Khetri, Distt. Jhunjhunu in Rajasthan, Malanjkhand, Distt. Balagaht in Madhya Pradesh and Ghatsheela, Distt. Singhbhum in Jharkhand. Mining of Swaran Makshik from these 3 areas is carried out by Hindustan Copper Limited (A Govt. of India Enterprise). More than 90% production of this ore in the country comes from these areas only. Small deposits, however, occur in Chitradurga and Hassan in Karnataka, Kurnool and Guntur in Andhra Pradesh and Rangpo in Sikkim.

Effect of Heat: Charcoal Test: When heated on charcoal, a fragment of Swaran Makshik fuses to a black mass without swelling which is strongly magnetic, as felt by a horse-shoe magnet (Appendix-3.4.4). Reaction with Acids: Take nitric acid in a test tube. Heat to boil for 5 minutes and cool to room temperature. Take 1 g of finely powdered sample in a dry test tube, add 10 ml of the nitric acid to it and heat. The solution becomes bluish black. Assay:

Shall not be used in formulations without subjecting it to śodhana. Swaran Makshik is used in the form of bhasma, the details of which are given in the monograph of bhasma.
Formulations 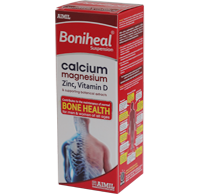